One of the benefits of being involved in sports is sports team fundraising. Done right, fundraising can be a great lesson on cooperation, working towards a stated goal and what it means to be a part of a group. Not to mention team fundraising can mean a major financial boost to your group in terms of new gear or traveling to a tournament far away.
Here are a few tips in order to have effective fundraisers that will keep your team well supported.

It is a good idea to keep the number of annual fundraisers low. After all it’s easier to plan two or three fundraising activities during the year rather than long on-going campaigns. A small number of targeted fundraisers will keep the profile of your team visible in your school but with fewer fundraisers that are easier to manage. Fewer fundraisers mean that you are not asking people for money all year long, which can promote donor fatigue. Targeted and timely events can result in more support and less work for your team administrators.

Set Your Sites on the Season

Think about the seasonality of your fundraisers. You don’t want to sell candy bars during the holidays, right? Consider the season and match it with a great product. Say, socks customized to your school during the fall, maybe trash bags during the winter, chocolate in the spring and a car wash in the summer.
Equally important is competition. It can be difficult to track fundraisers that other sports teams are holding; however, a good tactic to combat competition is for the team treasurer to keep a calendar and make a note when other team fundraisers are happening. Also, keep your fundraising ideas fresh. It can be tempting to repeat the same successful events but think about holding at least one new fundraiser each year.

Put a Timeline on It

Give each fundraiser an expiration date. Girl Scout Cookie Season is 6-8 weeks each year which is quite long. If you are going to do multiple fundraisers throughout the year, it’s a good idea to keep sales to 1 to 2 weeks. On the other hand, some sports teams like to fundraise throughout their sport season, say with selling nachos at home games or selling custom team tattoos. A season-long fundraiser is a great idea, just make sure not to schedule other fundraisers at the same time.
There are lots of great sports team fundraising ideas. Choose a few targeted and timely options for your team and watch your sports team support soar! 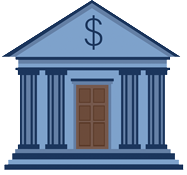 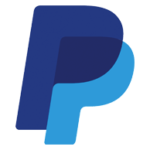 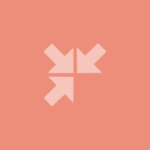